How Olark customers build their own creative company retreats

Recently I wrote about The Olark Retreat - why we get the whole company together at least once a year and how we structure that time together.

It turns out our customers also host some unique retreats!

END_OF_DOCUMENT_TOKEN_TO_BE_REPLACED

What is the Olark retreat?

We recently completed our fourth-annual, week-long, all-hands, extra-hyphenated Olark retreat. Since then, I've been fielding lots of questions about our retreat from curious friends: Why do you do it? What do you there? Should my company do a retreat?!

The answer to that last question is unquestionably yes, although it might look very different from ours. To understand why, let's start at the beginning.

END_OF_DOCUMENT_TOKEN_TO_BE_REPLACED

Olark is the first software company I co-founded. Starting out I really had no idea what to expect. Previously I worked for several years as an early employee at another startup, so I had a fuzzy picture in my head of what I wanted Olark to look like, but I wasn’t sure how to get there or how long it would take.

Now it’s 2015, our team is over 30 people, and we have thousands of customers. People ask me all the time about those early years: how long it took to become profitable, what “typical” revenue growth looks like, or when to make that first hire. Time has really put those first few years into perspective, and as we get set to cross a major customer milestone next week, I thought it’d be helpful to share what those early years were like for us.

END_OF_DOCUMENT_TOKEN_TO_BE_REPLACED 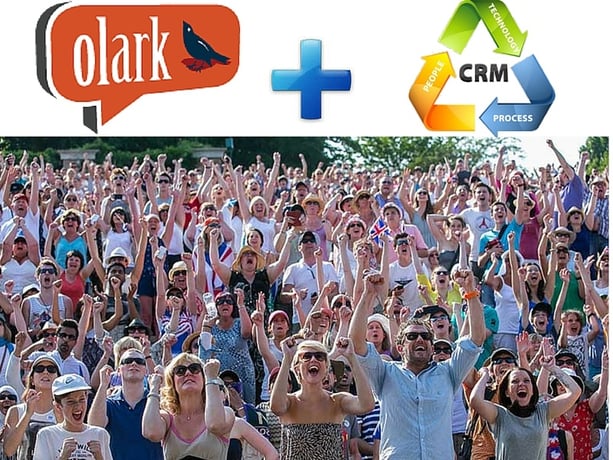 Why a simple CRM and live chat can help small businesses

Connecting your live chat software to a simple CRM or helpdesk is essential to sales and service. It makes the information you receive from chats more actionable, and thus more valuable.