What being a Mom has taught me about customer service

Hi! I’m Barbara. I’ve been chatting at Olark for over four years now, and I’ve been in various forms of customer service for almost 20.

When I first started working at Olark I wanted to chat. All work day, all chat. My boss wasn't sure that was such a good idea.

I could only laugh while I talked them into letting me try it to see if I could do it.

Honestly, it was easy. I could sit for hours on end, and no one climbed on me. Or demanded snacks. Or had deep philosophical questions that had to be answered. I realized that work was my sane, sensible place where problems had solutions and I could pee without an audience.

Don’t get me wrong; I love my tiny humans. But I also love order and sanity. 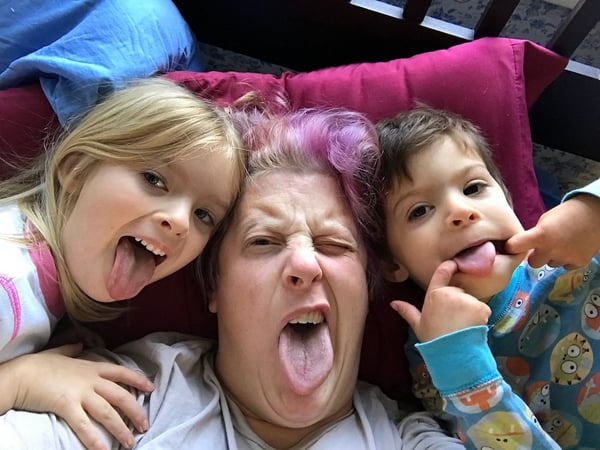 This is Barbara and her tiny humans - her daughter Zozi, and her son Balan.

Yup, parenthood made me so much better at my job. Who knew that my sparkly, flouncy six-year-old and her cheerful, trolly three-year-old brother would lead me to unearth some useful customer service skills!

Suddenly, I could multitask like a, well, like a mother. Three people talking at me at the same time in the real world? It's a daily occurrence over here and it makes my head spin. But it makes three concurrent chats feel like nothing.

And with live chat, I can line the chats up and process them one at a time. There's no shouting, everything is so orderly and tidy and I can scroll up if I miss something or have forgotten the answer to a question (man, sleep deprivation has done a number on my memory!)

[Read more: What to do if your customer IS SHOUTING, IN ALL CAPS.]

At some point your kid will ask you something when you're not really paying attention, or in a way that makes no sense. The only part you'll actually understand is "well, can I?" Do not just nod and say yes. Ever. Perhaps you just agreed to give them more candy. Or a kitten. Or a really expensive jacket just like the one their friend Henry has. Or sure, they can skip school for the rest of the week.

Once you have figured out what you're agreeing to, you want to be clear about the parameters of the yes. Yes, we can go to Disneyland! But - not right this second, we're not moving there and you can't bring all of your friends. We're going for a week in January, and Henry (and likely his awesome jacket) will be coming with us.

Just like with your customers - you always want to know what you're agreeing to and be specific about it:

Being prepared when it all goes cattywampus (because it will)

I like to think I'm so prepared that everything in my life will run on schedule, and exactly the way I expect - and that was mostly true until I had kids. It can be the little things - missing shoes, a meltdown over (uhhh... I'm still not sure?), and seriously - we have to wear pants when we leave the house, it's the law. At least it's my law.

Then there are the bigger things, which happen far more regularly than you'd think.

When she was four, my daughter threw up in a busy restaurant, at a birthday dinner with friends who don't have kids. They looked at us and said "uhhh.... so what do you do now?" And the husband and I had no idea other than that you just deal with it.

We divided the tasks - I was in charge of getting her out of there and somewhat cleaned up and he was in charge of cleaning up our table. But who would take the 1 year old and make sure he was ok?

Ultimately we sorted it out, and somehow our friends still invite us to dinner (although we usually get a babysitter now instead of bringing the kids with us). For some reason they still don't have kids though.....

Live chat can be a lot like that. In theory, whatever product you're supporting will always work exactly as expected. There'll never be any downtime, shipments will never be delayed, it'll be unicorns and rainbows all the time. Except when it's not, and the only way to continue is to delegate and stay on task.

Someone writes and disseminates the messaging, someone liaisons with whatever group is fixing the issue, everyone pitches in wherever they can. It's an issue, it's inconvenient and you'll get through it if you work together as a team.

It's a-ok to not have all of the answers

"When did the dinosaurs die?"

"Is Paw Patrol on Earth?"

"Hey mom, when was color invented?"

"Have we had dinner yet?"

"Why is there a spoon in that bathtub?"

Questions. So many questions. And when your kids ask you questions it's totally ok to say "I don't know! Let's look it up...." because nope, I don't know when the dinosaurs died (but the internet thinks it was about 65.5 million years ago and that's good enough for me).

Don't know the answer to a question a visitor asks you? There's no shame in this - it happens to me all the time - let your visitor know and then get them an answer. Either quickly over chat or follow up over email.

What brought on this question?

But why is it that you want to know if we've had dinner yet? Oh - you get candy after dinner and you actually want to know if it's candy time. Why are you curious about the fate of the dinosaurs? Oh - you're scared of them now and want to make sure there aren't a couple still hiding out that will eat you while you're asleep.

Visitor questions are the same - folks will often ask questions that aren't exactly what they want to know. Answering their actual question instead of figuring out what they really want to know isn't particularly helpful - if you ever feel like you're not fully answering a question you should ask probing questions. What's your use case? What will you do with the answer? Can you tell me more about what you're trying to do?

Kids. Customers. The desired outcome for both is pretty similar. We want them to be knowledgeable, reasonable, and to make good choices, and it’s our job as parents - and support folks - to help get them there.

Which can be a daunting task but it’s often the most frustrating interactions that lead to the biggest a-ha moments and the best learning experiences for everyone. That includes you - none of us have all of the answers and even a responsible adult can learn something new. 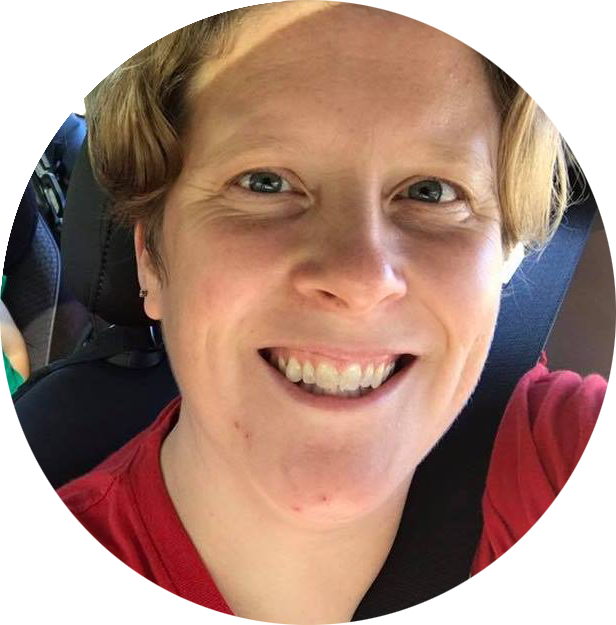 Barbara is part of the support team at Olark and she loves to chat. When she's not talking with all y'all she's chasing around her 2 kids, having mild success at craft projects and trying to schedule in a nap.