[Podcast] What is the Olark parental leave plan?

Olark Live Chat offers its employees 12 weeks of paid parental leave, which includes paternity, maternity or adoption. Policies like this, and our vacation bonus, helped us earn a 2016 When Work Works Award, and require a lot of behind-the-scenes work before they see the light of day.

In the case of our parental leave plan, our HR and culture enthusiast, Kimberly Bringas, carried the torch that had been lit by one of our previous employees, Lindsay Elia, and relied on some feedback from one of the first Olarkers to take advantage of the new plan, Nick Crohn.

I recently sat down to chat with Kimberly and Nick to learn more about how our parental leave policy came to be, and what it was like for a first-time dad taking time away from work.

Key takeaways from our conversation:

How did we decide it was time to overhaul our parental leave process?

KB - It's a process that's constantly evolving. Lindsay Elia worked with our founders to get our original leave plan in place. Early on we decided to cover maternity, paternity and adopition leave 12 weeks, but we didn't really have a formal process for what it would encompass. When I took over in 2015, Nick approached me to say he was thinking about taking leave but wasn't sure what leave looked like beyond just being away for 12 weeks. So Nick and I started talking through what it would look like to also include a wind down and ramp up period around the leave.

NC - I was excited when I initially heard about our parental leave. When it finally came time to actually coordinate what we were going to be doing, I didn't have any expectations. I went in with an open mind, hoping for the best, and offering some feedback that might make things easier for future Olarkers to take leave.

KB - Nick was the one who pointed out that it might be nice to gradually hand off responsibilities. We came up with a wind down period, where the employee goes part time 20-30 hours a week leading up to the leave, and then a ramp up period of 20-30 hours a week to get back into to work after leave. Nick and one of the other new fathers here have now gone through the process, and they've both had positive feedback on it.

What is the process of winding down?

NC - The biggest thing for expecting parents is to get prepared early.  Our son, Emmett was born 2 weeks early. I didn't even get to start the wind down period. But I was preparing with my team well in advance. I went through and categorized my responsibilities, made sure each would be covered, and started checking-in with that person covering to ensure they knew what they were doing without oversight. We did all of this slowly so it wasn't a burden being dumped on anyone at the end.

Had you seen leave policies at other companies?

NC - My expectations were open. No prior experience with parental leave. In fact, I had mostly heard of mothers taking leave and not getting paid, so I thought, "Anything above that would be great!"

What was the most challenging part of getting this new policy in place?

KB - Honestly the biggest obstacle is how anti-new parent the US is in general. There are so many systems in place that make it very difficult for parents to go on leave and companies aren't held accountable to support them. Only "medium to large companies" are required to do 16 weeks of unpaid leave. Some states are moving toward a paid leave structure, but the fact is the US in general is not supportive compared to some European countries.

For example, when I was trying to put Nick on paid leave with our service provider - if I had marked him as 'on paid leave,' then within a month he would have been taken off our group plan and instead would have to supplement with his own benefits. We ultimately found a workaround, but it wasn't obvious at first.

How can we do right by our employees if our systems aren't supportive? Some US companies are making great strides in this department, like Netflix and its parental leave plan, but it's still challenging to put our employees first. This is what I'm passionate about and why our parental leave policy was so important to me.

What advice do you have for your counterparts in HR?

KB - Be an advocate and push for change - you have to be willing to fight for it. Getting your leadership aligned is important, so show them the benefits of enacting a generous leave policy. Particularly for men, there is an additional stigma that they're not supposed to take leave. We're trying to be open and inclusive with our leave policy. 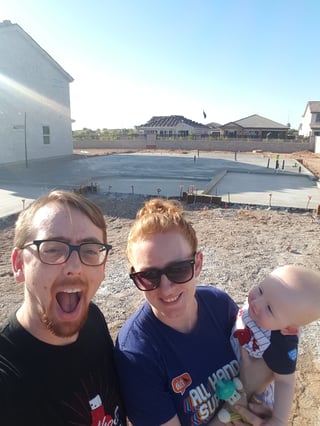 What was the leave like? What happened during the 12 weeks away from the job?

NC - It was incredible. You have no idea how much your life is going to change after that child shows up. It's incredibly rewarding.

Can you share one crazy story with us about becoming a new parent?

Did you feel it was enough time?

NC - It felt like it was just the right amount of time. It went through stages and every week we'd figure out new things - we leveled up as parents. By the time the three months wrapped up, we felt comfortable enough with the next step which was go back to work/normal lives. That last week or so I was getting antsy.

Kimberly, you're a new parent of this leave policy. What was your experience?

KB - I felt like this process was my baby and I felt very proud of it. I couldn't have asked for a better parent to be a test subject. Nick checked in with us for baby pics from time to time so we could know how he's doing. We didn't want new parents to feel like they're ostracized from the team.

During the three week ramp up period, how did you get re-acclimated? What tips do you have?

NC - Olark is a distributed company and so there's a lot of stuff that's documented. That documentation became one of my primary sources for getting up to speed. Three months is a decent amount of time. Going through those Google docs and being able to self-serve - I didn't have to talk to a lot of people. Obviously I caught up with the direct stewards for my responsibilites, but after that just slowly started picking back up where I left off, digging back into the code, etc.

What other tips do you have for HR Managers looking to enact a new parental leave policy?

KB - Prepare as much in advance as you can. We now have a required six month lead time, which for most couples works well. We realized we also need a ramp up period in case we need to bring in a contractor or readjust hiring priorities.

Also - When considering the cost of the employee being out, be sure to factor in the the burden that person being out will put on their colleagues. Resource shifting is vital to your success. 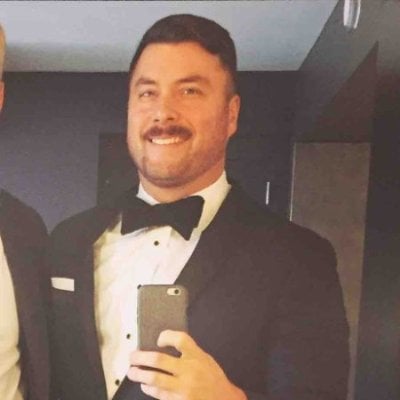