Over the coming weeks, we'll be improving your Olark navigation menus. Product Designer Taylor LeCroy talks about the decisions behind the new look:

Alright. Fine. We admit it. We have a feature hoarding problem.

Over the past 11 years, like any software company worth its salt, we’ve been busy adding lots of features and functionality to help you, our customers, work more efficiently and gain deeper insight.

And what’s a new feature without a link, right? How else are you going to find the awesome new thing? Also, that link should probably go in the most visible place possible. We'd hate for you to miss out.

Well, that philosophy is all well and good for one new feature. But over the years, as we've released feature after feature, it's resulted in links piling up next to each other in the top navigation and underneath each other in the Settings menu. For some links, the crowding has meant suffering the most dreaded of fates — being relegated to the footer.

We ran out of room in the old horizontal top navigation.

Enough is enough. We’re finally doing some house cleaning. Over the next week or so, you'll start to see a few changes in your Olark dashboard:

This is just the first step (well, the second step, after admitting we had a problem). In the coming weeks, we’ll be making that list of links shorter and even easier to scan. We don’t plan to stop until we’re sure even Marie Kondo would be proud.

Interface changes can sometimes be disorienting, so if there’s something you can’t find, just give us a shout on chat. As always, we’re here to help. 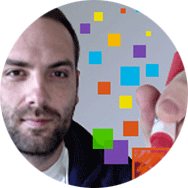