Implicit gender bias in customer service: What the data tells us

Gender in tech is definitely having a moment

In the last year, many anecdotes of gender affecting support interactions, VC funding, and crushing companies public image have gone viral. These have all been fascinating stories, but personal stories nonetheless. There haven’t been many numbers shared behind the stories to show the true impact.

Without data, we don’t have proof, only subjective impressions. This makes it too easy to dismiss the experiences of others. It forces people to share long narratives, grasping for tidbits of evidence that are less likely to be refuted.

I wanted to start this data collection, with the hope of building up enough to show what impact gender really has on support interactions, if any.

Start with an experiment

Any good experiment starts with questions to be answered, and a solid plan.

I decided to become male on chat for 30 days, and then take a gender-neutral name the following month. I wrote out some hypotheses for testing and set to chatting as usual to collect all that juicy data.

Some of my hypotheses were supported, some not. Many of these I talked about in my slides above, which were shared at Support Driven SupConf in Atlanta.

Here, I want to talk about the non-data — the anecdata. All the stuff I was trying to rise above by being data-driven, because ultimately I discovered this impacted me deeply and personally.

Awareness is one thing, experience is a whole new level of “knowing”

I’ve been doing this online support thing for a little over 5 years now. As a cis-female I’ve experienced life as a woman my entire life. I am fully aware that I’m treated differently-- from being told to dress modestly as a young teen, to being called a “girl” or “doll” as a woman in my late 30’s. In order to get through my day-to-day, I ignore most of it.

When I took on the persona of Samuel, with a male picture, I suddenly had roughly 7 hours a day where I didn’t have to accept the standard treatment of a female in tech. I rarely used our !block command (reserved for abusive chats), while as Sarah, I used it at least daily. 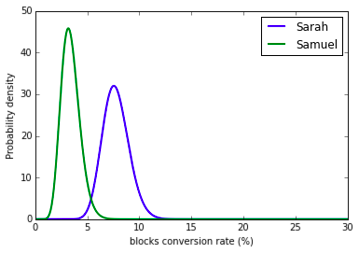 I found that my advice was taken seriously, and my suggestions for fixing complicated technical issues were accepted. In short, I was perceived as competent. 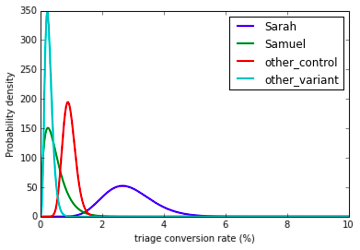 My first day on chat as Samuel, I had a mind-blowing realization. Here’s the set up:

Visitor comes to chat asking for information about the product, and then asks for a social media link. I give them the links to the company’s social media accounts.

As Sarah, 100% of the time I get pushback. “No, I want your Facebook/Twitter/Instagram”

This particular visitor wasn’t really a potential customer, I knew that. But I got no pushback. No insistence that I give personal details, or links to my private information. Just “thank you.” In that moment, the gravity of what I was doing settled in my mind for a moment

The rest of the experiment went forward without much thought by me. I have an intense chat and email load and I enjoy helping my customers. Occasionally I was more aware of presenting as male when I got comments like “Great name!” from a “fellow” Samuel. But the majority of the time, I didn’t think consciously about it.

With all the data collected, my data guru worked his magic and gave me graphs and numbers and confirmation of many of my hypothesis. People abused Sarah more. I had to block many chatters as Sarah, and only a very small handful as Samuel.

More enlightening though was that people simply liked Sarah more, while trusting Samuel’s judgement. At the end of every Olark chat, visitors can give feedback on their chat experience. Sarah was rated higher in overall satisfaction. There was a large dip team-wide in chats escalated to our engineers, but Samuel had almost no escalated chat cases. In contrast, Sarah frequently had to escalate cases.

Anecdotally I did notice that several visitors when presented with Samuel’s opinion that the issue existed outside of Olark, were more likely to say “Oh! I’ll have my team take a look. Thanks for your help.” I wonder if customers like Sarah better because they get the “special treatment” of being escalated to an engineer.

Maybe Samuel came across as too gruff? I’m not sure I have the data to say for sure.

For me though, the experience gave me confidence. The fact is, people did believe Samuel more often. So they can believe me. I’m more clear in my answers now. I believe in my ability to figure out what is wrong with a customer’s website or chat because those same customers believed in Samuel. Now I expect them to believe Sarah.

I also don’t tolerate the abuse. I call people out on behavior that is inappropriate, and I am even quicker to use that block command.

There is one exception to that confidence. After spending a couple of months without getting harassed for my looks, I will not be using my face as my avatar on chat. I need to spend some time thinking about how that fits in with my belief in making things more human.

For now, it’s enough to know there are a lot of assholes out there and I don’t feel like subjecting myself to their antics. Maybe something will change, or I’ll find another solution. For now, I’m happy as a sun. Hey, it was a hot summer and I missed seeing the sun in smokey Oregon. Maybe I’ll switch to boots when the rain hits.

I can back up the assertion that women are treated differently on chat with data. That is what I set out to do. I’m not done though. If you think things are different in your industry, prove it to me. I’ll be sharing some steps to create your own experiment and share the data in coming posts over at blog.olark.com. We need more data.

If you have employees who feel they are treated differently, or if you wonder why some of your agents are slower, resolve fewer tickets, take longer to solve customer issues, or just generally have crappier metrics, look deeper. Are they really worse than their colleagues? Or are you letting biased customers control the advancement of your employees?

Do you let your employees advocate for themselves? To tell those they interact with when their behavior is inappropriate?

I want to see my experiment inspire others. We say we’re “Data Driven” though often without good data. So go forth and collect that data. Then share it. Tell us about it. And we’ll keep collecting on our end--and sharing. 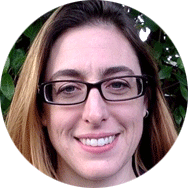 Sarah is a Feels Herder at Olark who focuses on understanding the customer experience. She lives in Oregon where she collects mason jars and manages a bustling house where the kids and the holes in the wall are mostly hers.