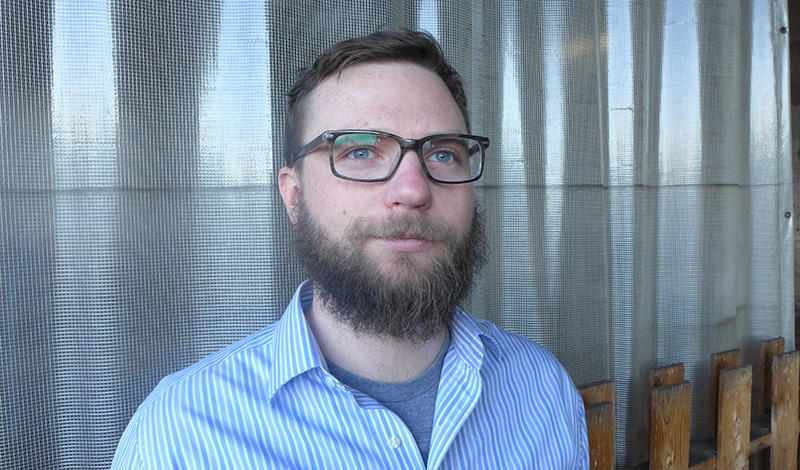 When I became Olark's Chief Storyteller, I became interested in the idea of "Happiness Hacking": trying to optimize your product and UX to create loyalty and deepen your relationship with your customers. To explore the idea, I decided to talk to a few experts in the field. First up is a two-part interview about onboarding with Samuel Hulick.

Onboarding a user can make or break your product's success. Done well, you get the right customer signed up easily and feeling happy about using the product. Done wrong and you can lose the customer before they even get to try your baby out.

Earlier this year, Olark launched a project called All Hands Support month.  We gave users information about our All Hands Support approach and we offered everyone the chance to add as many operators as they wanted for free to try it out. This gave me a taste of what redesigning an onboarding process might look like (and definitely have some sympathy for those whose process needs a little help).

Getting onboard with User Onboarding

Samuel Hulick is the designer behind the highly popular "User Onboarding" website that publishes "teardowns," analysis of the onboarding processes of some of the most popular online and mobile products around. In talking to Samuel, I got to see why he started the project. "I had a long-term philosophical viewpoint of aligning your company’s success with your user’s or your customer’s success." Originally planning just to write a book, he put up a landing page and was trying to drive traffic to it, but ran into a small problem. "I realized that no company in the world is sitting there saying 'We have this problem with this really esoteric concept that nobody has even heard of and that the other can’t even describe. Let’s see if there’s a book about it'”. Still, he pressed on, and to get some attention, he posted his first teardown.

"One thing that I’ve done a lot is as a UX consultant is basically just going through [an app] screen by screen, annotate what was appearing to work, maybe not working so much, an area of opportunity or an area to investigate more, things like that. So I just picked a company and did it, you know, without having it been commissioned.

"The next morning I had an email from one of the co-founders of the company in my inbox and I was like “Oh no!” I hesitatingly clicked on it to see what they had to say, really expecting, 'Thanks a lot for passing this by us and airing our dirty laundry.'

"It turned out to be totally the opposite. He said, 'Thank you so much for taking the time to do this. We’ve already made some of the changes that you recommended. How can I help promote your book?'"

How to start designing an onboarding process

"Sometimes it seems like the designers really fell in love with the product that they are making or the interface irrespective of 'How do we just move the needle for people as individuals who are actually just using the product?' A lot of onboarding is an incremental series of small wins that are leading into a grander life-state for the person who is using it. If you can net quick wins early on, that can be substantially better than a gigantic win down the road."

He points out that onboarding is often construed as an end goal, when the most impotant thing is the problem you're solving in a more global sense. "Your company exists to solve your customers’ problems, not to get your customers to use your product. Taking a holistic approach, could a problem be solved with a knowledge base item, or a resource of some kind, or through a chat or phone call? Onboarding really exposes a product that hasn’t been designed to help people through their user journey."

Onboarding can be crucial for early stage companies or anyone trying new product directions. Samuel says, "my recommendation for early stage onboarding is to keep the feedback loops as tight as possible and spend as much face time as you possibly can with your early users. A great way to do that is to set up live chat. So with something like Olark, just being present in the onboarding experience not only helps you smooth out an experience that may have gone off the road for an individual user, but it’s also giving you the feedback that you need to know, like what sort of interface or experience change is needed that scales out to all the users that come after them."

He also recommends something he calls concierge onboarding. "You look at 'what are all the different steps online and offline that someone needs to go through in order to be fully up-to-speed with our product?' Maybe they need to install a JavaScript snippet on their site, maybe they need to craft a blog post beforehand. It may be external where they need to get a sign-off from their boss.

"Understand what that full end-to-end workflow is and being as helpful as possible throughout, even offering to say 'we’ll install the tracking snippet for you' or 'here’s a PDF that you can bring to your boss that explains what kind of ROI you can expect from using our product'. Basically, doing it on their behalf and then finding a way to create an interface that can replace you."

One of Samuel's cardinal rules is to test things always. "Pay attention to what your user adoption conversion rates are. The more you can measure in terms of how many people drop out from one activity to the next, are really, really crucial at this crucial stage of the long-term customer experience.

"There is a great case study written up by Lumosity, where they wanted to get to know their users better. They inserted a survey into the sign-up process. They thought, 'this will hurt conversions in the short term, but we’ll be able to learn so much, it’ll just be temporary, and it’ll be worth it in the long run.'

"To their great surprise they found that inserting the survey up-front didn’t hurt conversions in the short run. It actually gave them a slight uptick. People tended to stick around longer and seemed to be more invested overall. They theorize that it forces people to stop and reflect on what it is they really wanted to accomplish in their product when they’re going through the process.

"So if they hadn’t been measuring those kind of conversion rates, they wouldn’t have been able to come to that realization; they would've have dropped in the survey, pulled it out and be done with. So I always recommend that if you’re going to do something that’s unconventional, have the metrics there in place in order to be surprised."

Read part 2 of Samuel's interview and check out Samuel's book and his beta software for onboarding.

Laure is the Chief Storyteller at Olark. She drinks decaf like a badass.